Taking point of departure in the antiquarian activity in the Nordics in the early modern period, this paper addresses the question of preservation of Old Norse literature. As a case study, it focuses on the scholarly activity of Þormóður Torfason, Lat. Thormodus Torfæus (1636–1719), an Icelandic antiquarian and historiographer, who on request of king Frederik III of Denmark (r. 1648–70), was the first to compile the oldest Danish royal genealogy based on Old Norse sources.

Torfæus was devoted to finding among Old Norse sagas relevant sources for his research into the earliest history of Denmark and Norway and therefore collected and commissioned multiple transcripts of Old Norse texts for his own use. After his death many of his manuscripts found their way into the collection of Árni Magnússon, who separated almost all of his manuscripts into smaller units. Because of Árni Magnússon’s rearrangement activities and due to the agreement between Iceland and Denmark about the division of his collection manuscripts which used to be in a single codex in Torfæus’ library today survive in many parts held in two countries, so that their contents can no longer been seen in their entirety.
In my presentation, I will address some of the possibilities a virtual reconstruction of Torfæus’ library can give to scholarship, as well as some of the challenges associated with reconstructing the original context in which Torfæus’s texts were produced.

Dr Katarzyna Kapitan is manuscript scholar and digital humanist specialising in Old Norse-Icelandic literature and culture. Currently she is Carlsberg Foundation Postdoctoral Research Fellow in the Faculty of English Language and Literature & Junior Research Fellow at Linacre College, Oxford. Her most recent project “Virtual Library of Torfæus” is a digital book-archaeological study of manuscripts owned by the Danish historiographer Thormodus Torfæus. 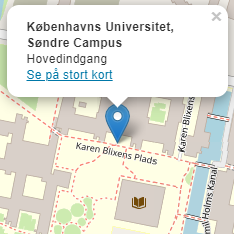